This amazing library in Stuttgart was opened in 2011 winning the Library of the Year award in 2013. The actual library starts from the 5th floor. Below on levels 1-4 is an enormous, dark, empty cube, which the architect calls the “heart”. The contrast between the two is amazing.

Everything in the library is brilliant white; the bookcases, walls, stairs and even the floor. These shots are from a series of photographs taken from the middle of each side and each of the corners. The camera was rested on the handrails each time, making it possible to have a long exposure blurring the people.

Outside there are inscriptions of the word “Library” in English on the west wall, in German on the north, in Korean on the East and in Arabic on the south.

I corrected the verticals in post production as usual, then made each of the shots extra bright – known as high key.  The blacks were reduced and the whites increased, to most closely match the blindingly bright original.

Please contact me to see more photographs, or to discuss your own photo session. 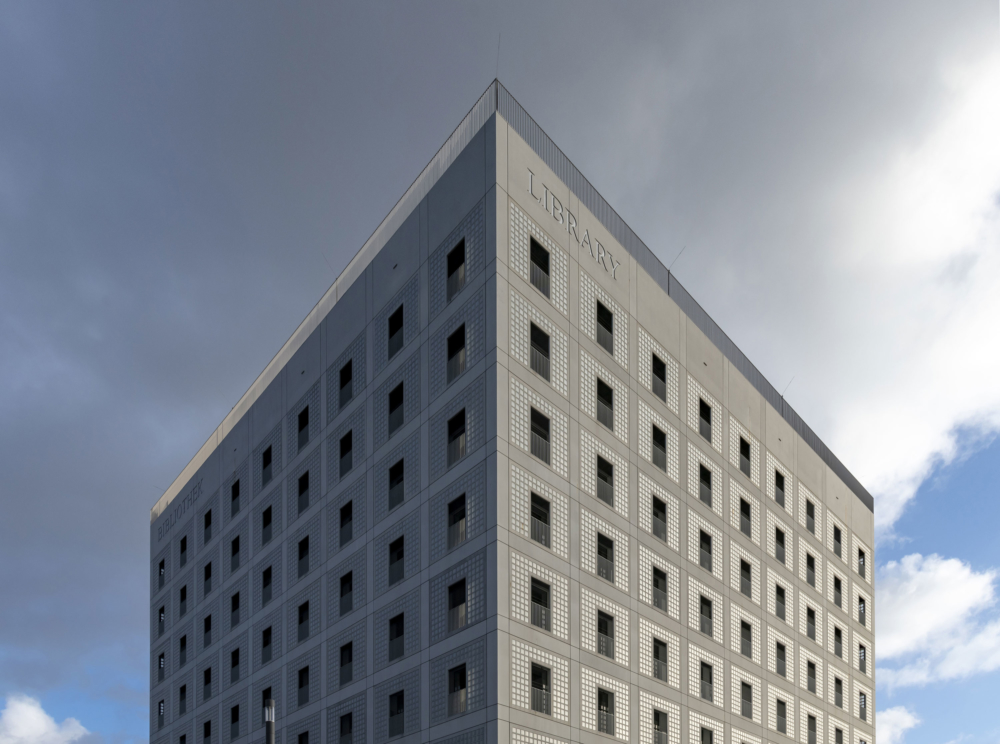