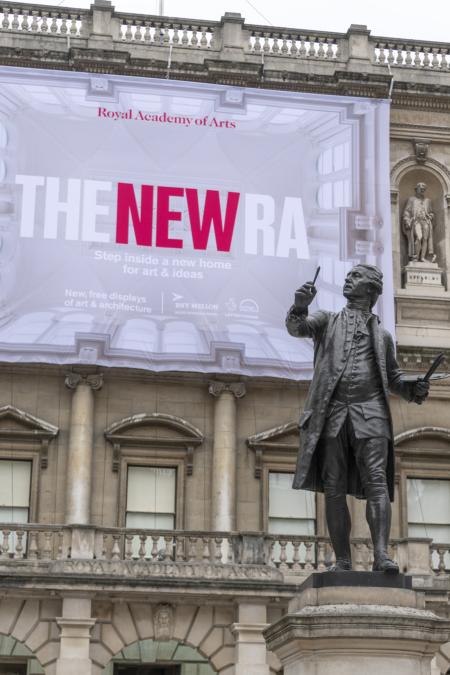 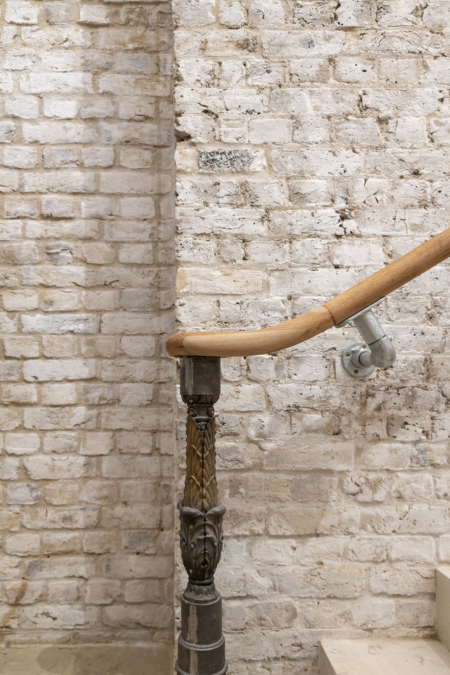 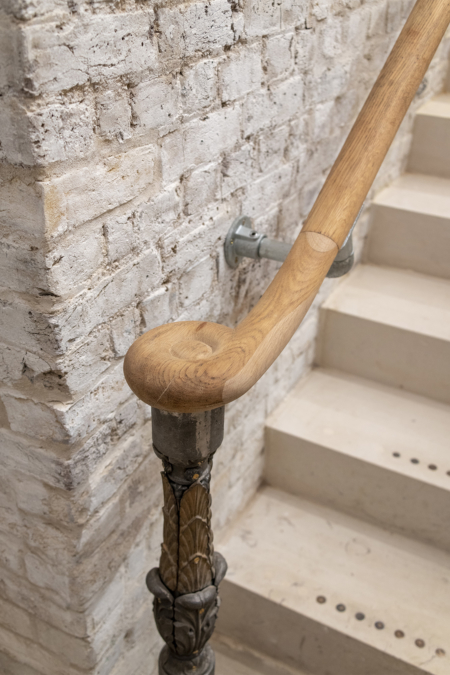 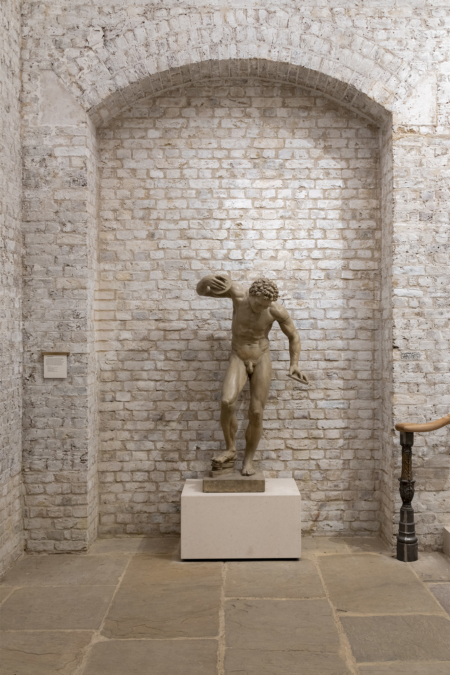 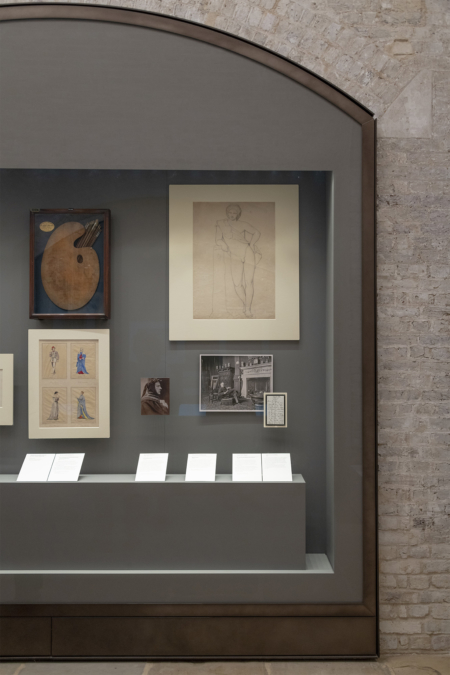 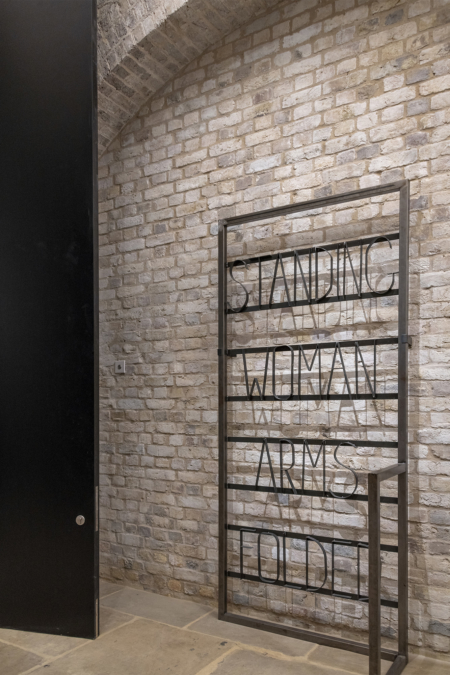 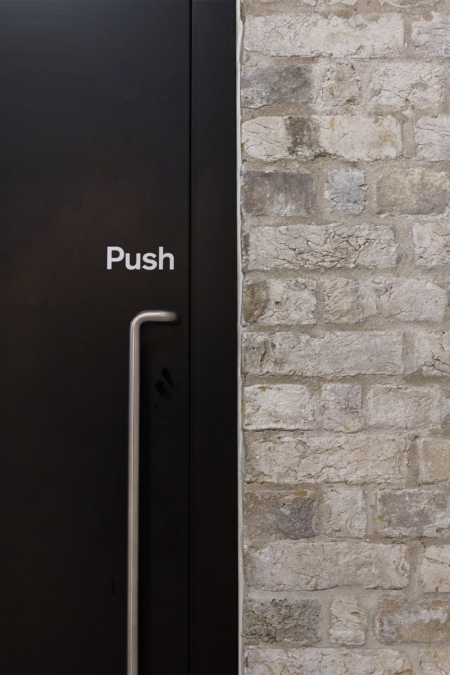 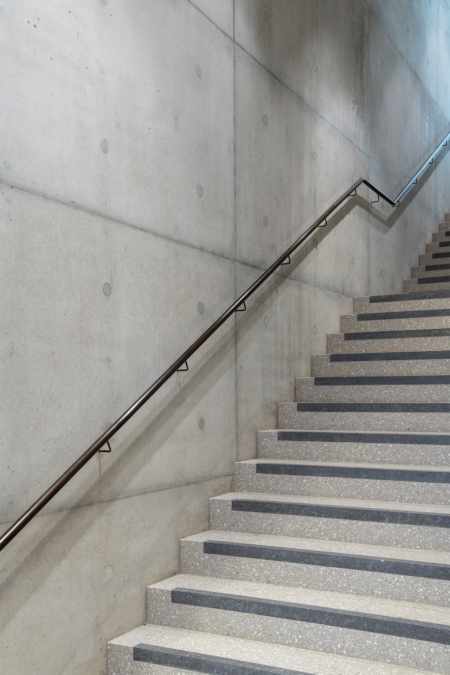 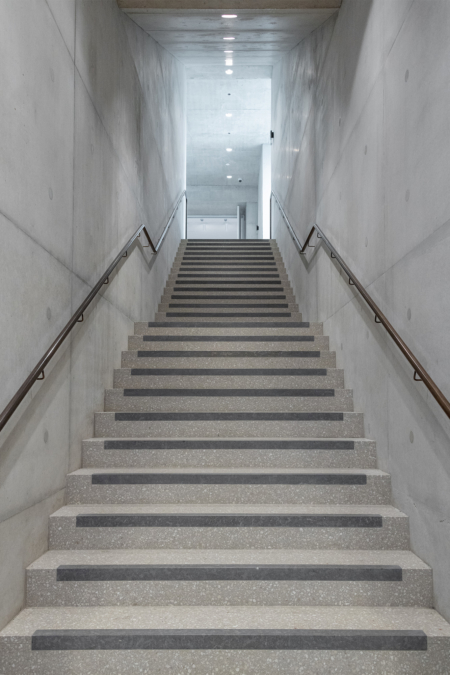 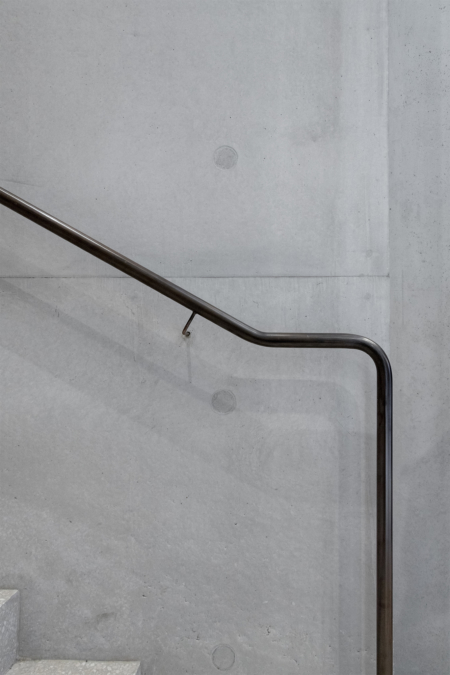 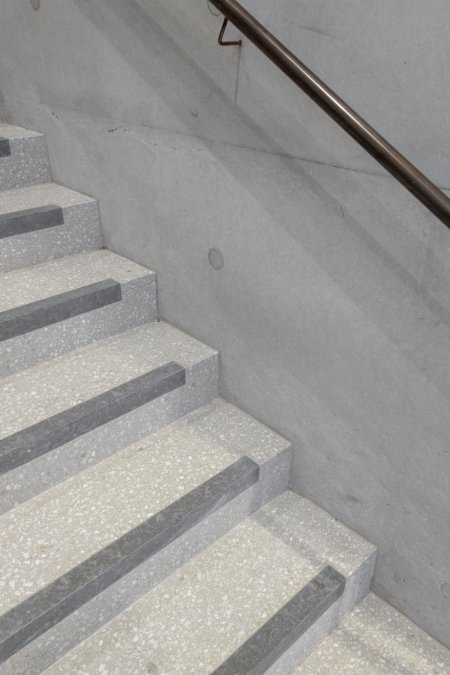 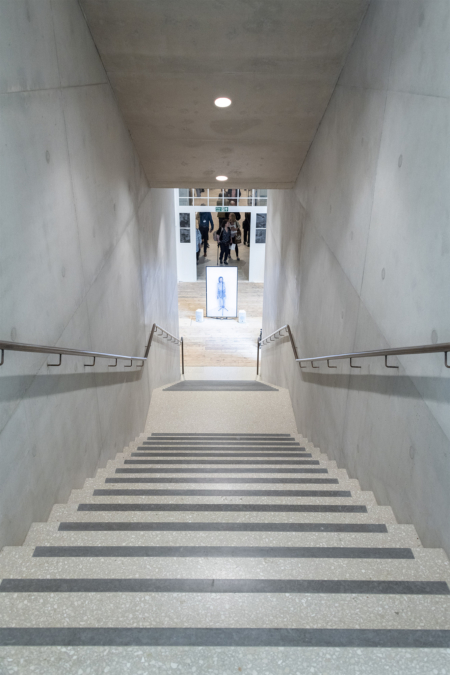 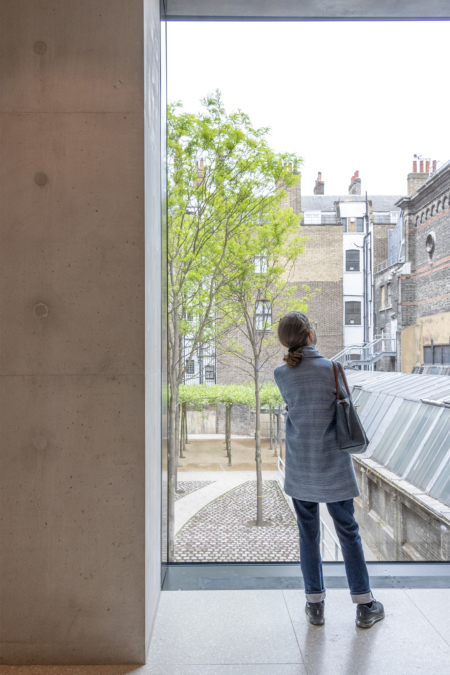 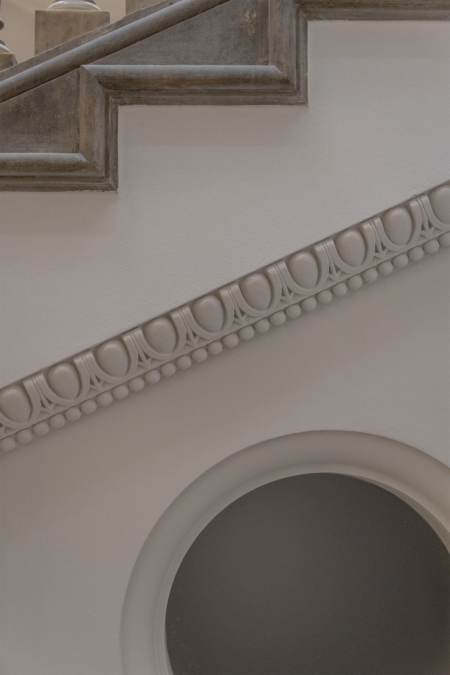 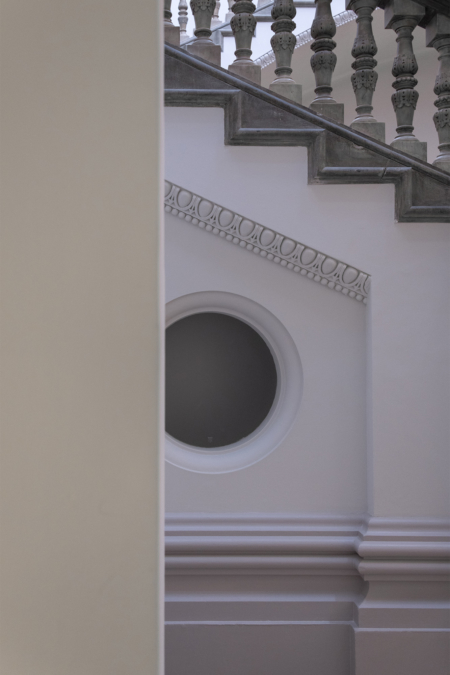 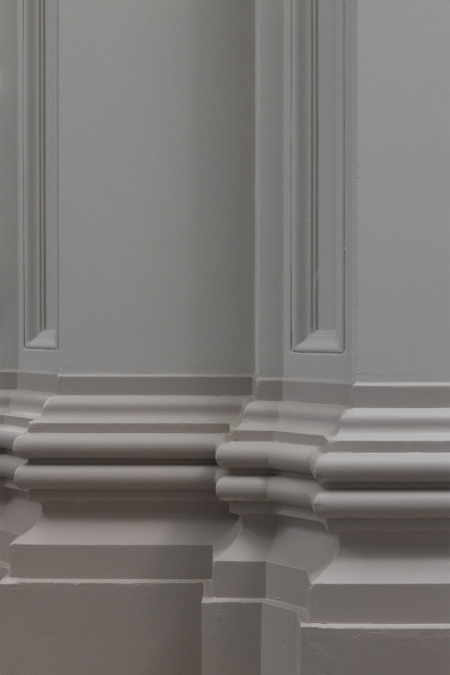 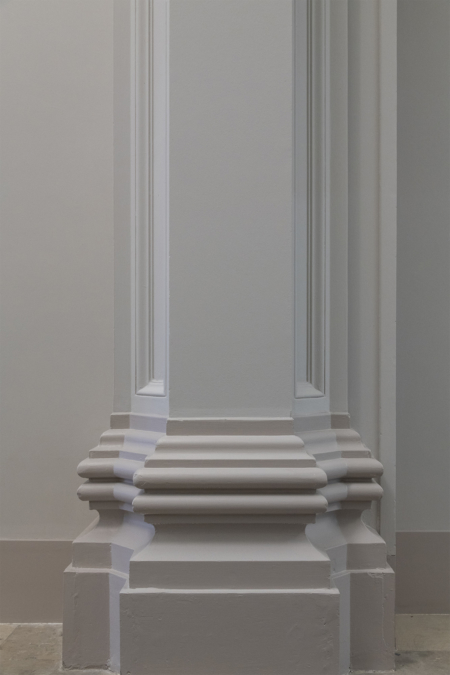 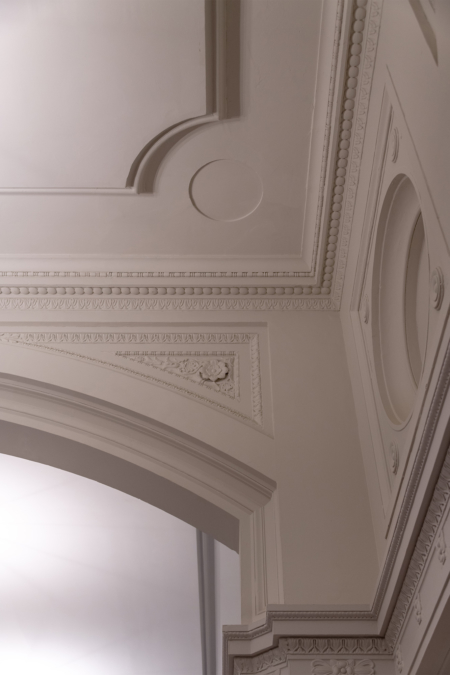 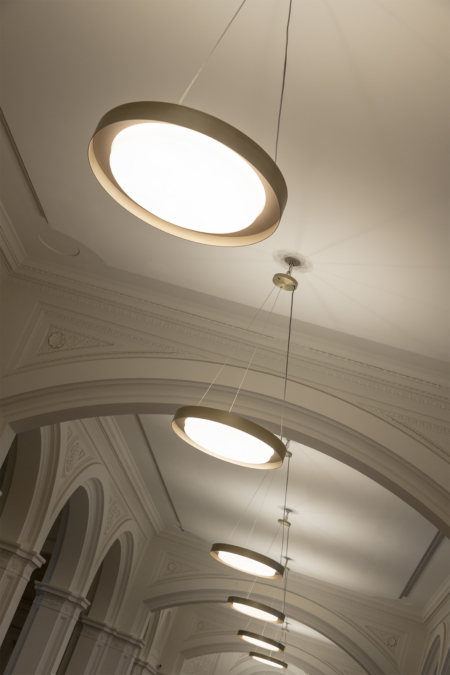 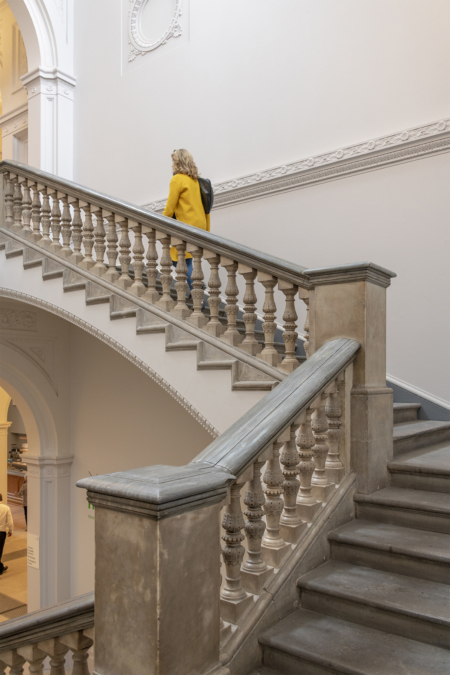 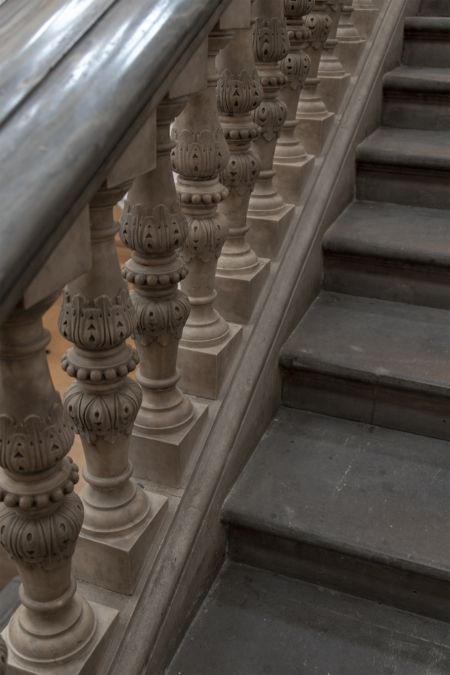 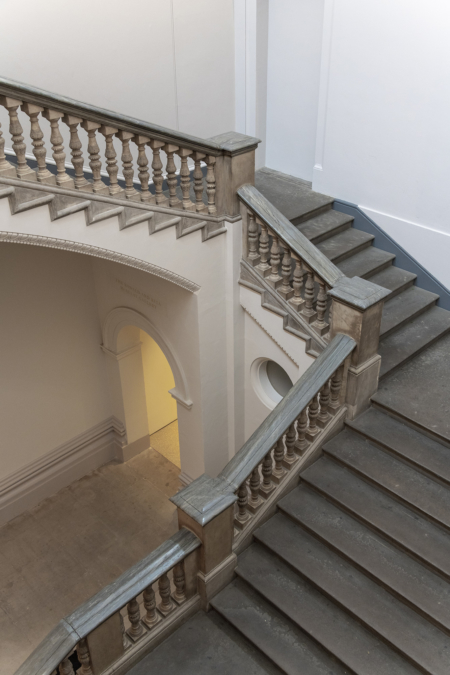 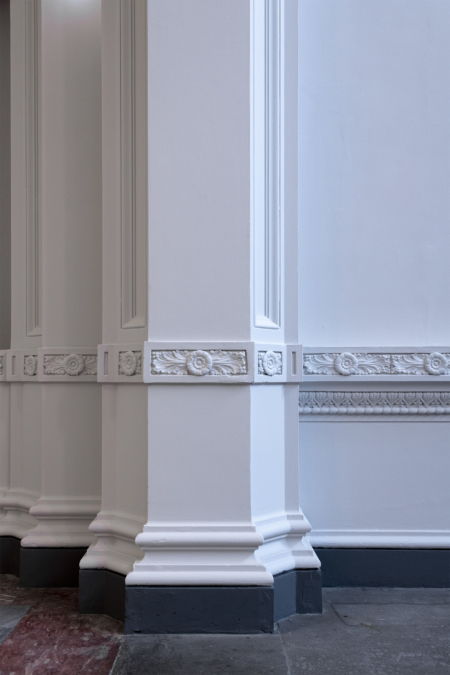 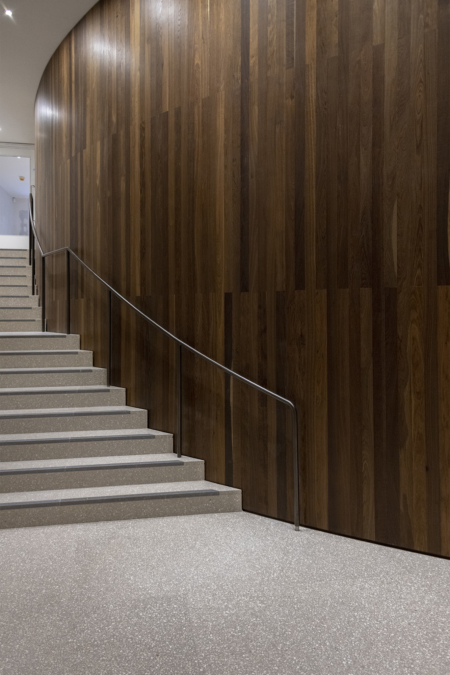 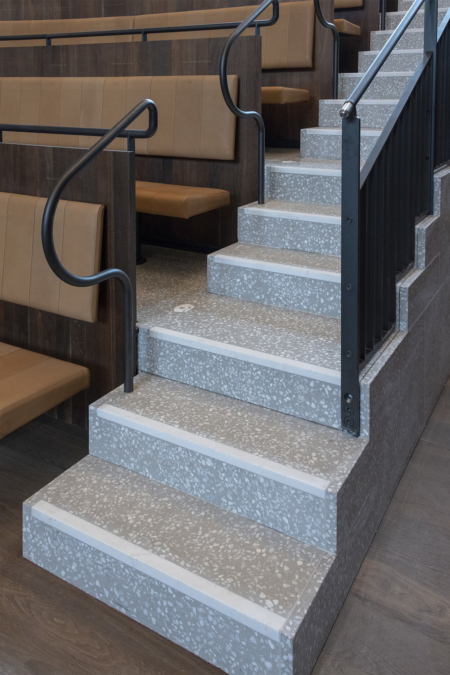 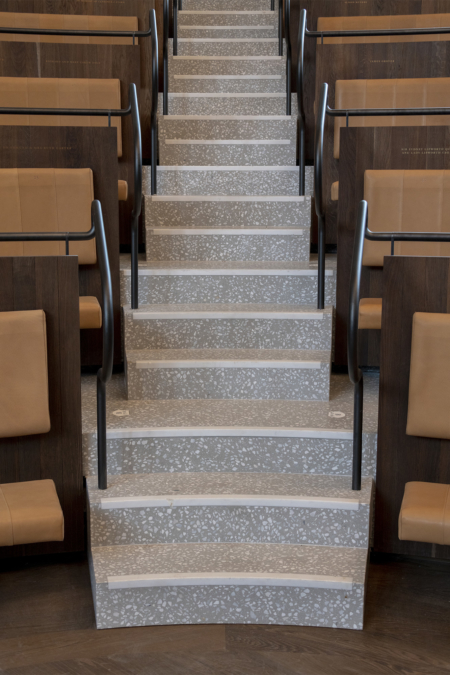 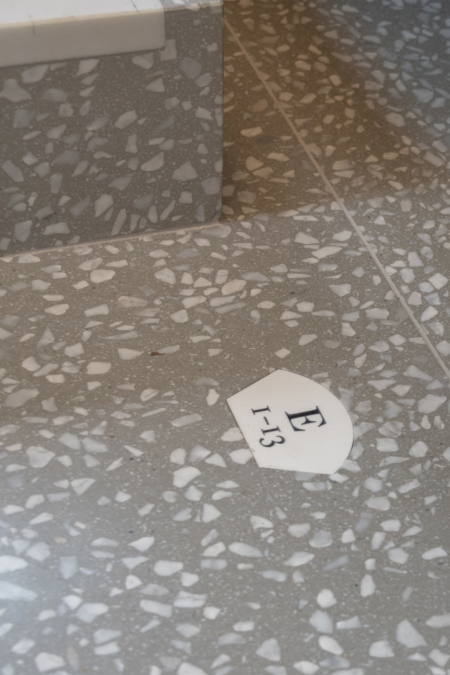 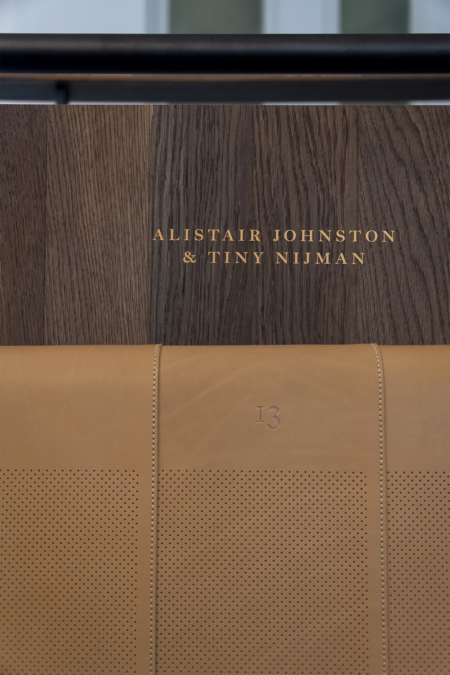 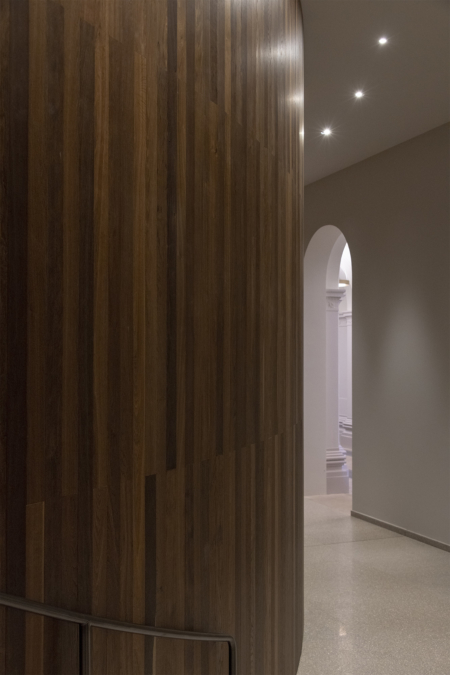 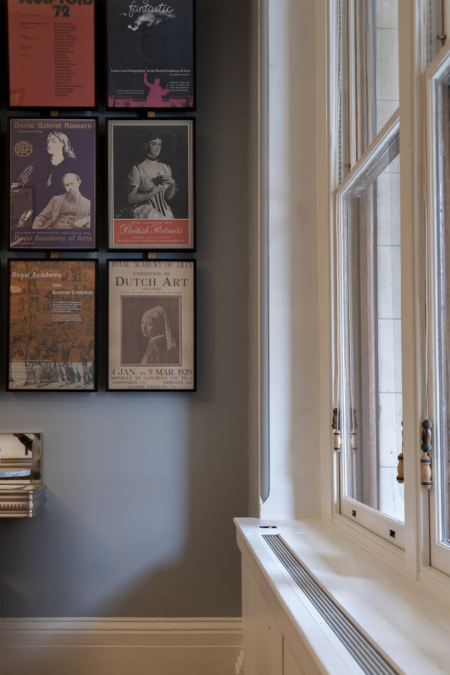 Timed to coincide with the 250th anniversary of its founding, the Royal Academy has opened after a major refit to join two buildings literally streets apart. The architect David Chipperfield was tasked with the project to link Burlington House on Piccadilly with the old Museum of Mankind in Burlington Gardens, doubling the size of the Royal Academy.

These walk-through shots were taken four days before the Royal Academy was re-opened to the general public. I have concentrated on the details, colours and finishes used, from sand-blasted brick to cast concrete.

The photographs start from a new walkway behind the huge, original grand staircase. The Vaults are a newly opened part of the old building. They have been stripped back to bare brick, then sandblasted to give the feeling of a modern basement. Original arches house sculptures and artworks from the Royal Academy’s archive. Two of the arches have been fitted with purpose-built cases beautifully crafted to fill the spaces.

Walking through two giant dark-wood doors we are taken back in time into the Weston Studio in the RA Schools. A new cast concrete and marble staircase takes us up to Weston Bridge. Here we get a view over a newly landscaped open-space and sculpture garden – The Lovelace Courtyard, previously a storage area for students at the RA Schools. Here we can see a back view of Burlington House, previously hidden to the public.

Walking through the McAulay Gallery we are taken to the original Burlington Gardens building and its own grand marble staircase. Here the original plaster work has been preserved and painted in subtle modern greys and taupes. Walking up the stairs takes us on the left hand side to The Collection Gallery where items from the Royal Academy’s archives are on display.

On the right hand side is a large lecture theatre, encased in strips of varying shades of dark wood. Here the semi-circle of tan-coloured leather seats are being individually screen printed with their appropriate numbers. Some have been sponsored, the credits are being screen printed onto the wooden panels seen above the seat. At the end of each row of seats small row numbers have been inset into the flooring.

Throughout the building are numerous other rooms and features, perhaps my favourite is a new bar where memorable posters for previous exhibitions cover the entire wall. Here’s to another 250 years of The Royal Academy.